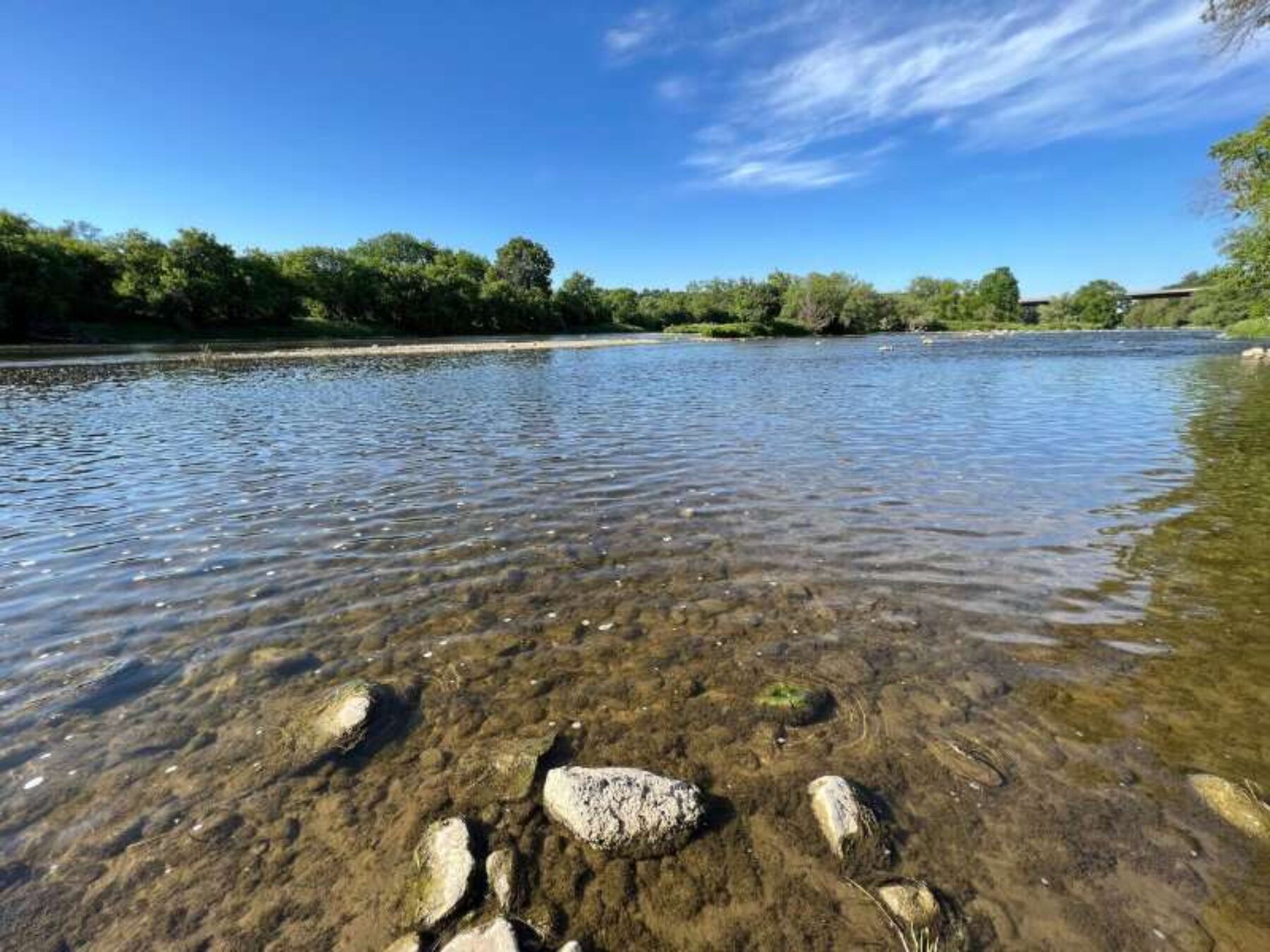 Have you ever thought about where your waste goes? For people living in cities, it goes to a treatment plant. However, treated wastewater ultimately finds its way into a local waterway. This means it could end up in your nearby stream, river, or lake.

Although wastewater treatment reduces the threat of disease, another problem remains: nutrients. Wastewater contains a lot of nutrients (nitrogen and phosphorus), including from pee and poop. All plants and animals need nutrients to grow and thrive; however, too much of a good thing is a big problem, particularly for waterways. Rivers get sick when too many nutrients impair the ecosystem. One of the worst offenders is excess ammonia.

“Ammonia is a nitrogen compound produced by the breakdown of organic matter in sewage. Discharge of ammonia into waterways can have direct toxic effects but also cause significant oxygen depletion that threatens the survival of aquatic life, including fish,” says Helen Jarvie. A professor of water science at the University of Waterloo in Canada, Jarvie studies how these nutrients affect waterways.

The study was published in the Journal of Environmental Quality.

Jarvie and her team studied what happened when two Canadian cities upgraded their wastewater treatment plants. Waterloo and Kitchener both sit along the Grand River. The Grand River is Canada’s largest river draining into Lake Erie. Over the last decade, the two cities began a program called ‘nitrification’ at their wastewater treatment plants. Nitrification turns ammonia into other types of nitrogen.

“This ultimately reduces the amount of ammonia in the wastewater that’s discharged into waterways,” says Jarvie.

Thanks to these upgrades, there was a massive drop in the amount of ammonia going into the river. Before the changes, the two wastewater plants discharged more than 90 metric tons of ammonia a month. In just one year, the Kitchener treatment plant reduced its ammonia release by 80%. A decade later, the total ammonia output had dropped to less than one metric ton a month, a 99% decrease. Nitrogen was still flowing into the river, but it was now in an amount and form that is less problematic for dissolved oxygen levels and fish.

Jarvie’s team studied how this drop in ammonia from wastewater affected the river. One of the biggest signs of waterway health was the increase in the amount of oxygen in the water. Too much ammonia depletes oxygen, killing aquatic life. So, the Grand River Conservation Authority put sensors in the river to measure how these vital dissolved oxygen levels changed.

River oxygen levels vary between daylight hours when plants produce oxygen, and the nighttime when oxygen is consumed. The scientists used the oxygen data to assess the overall metabolism of the river, which is the balance between how much organisms produce and how much they consume. When organisms consume too much, they use up a lot of oxygen.

When ammonia levels were really high, the river oxygen levels were depleted overnight. The effects were greatest during the summer when the river was most biologically active. On nearly 90% of summer days before nitrification treatment, nighttime oxygen dropped below the levels needed to support aquatic life. By the end of the study, nighttime oxygen dropped below levels needed to support the most sensitive creatures on only about 6% of summer days.

“This represents an important improvement in the ecosystem health of the Grand River, as a result of the reductions in effluent ammonia loads,” says Jarvie.

The river’s metabolism rebalanced, and oxygen levels improved. After upgrades to the wastewater treatment plants, the reduced consumption of oxygen meant the river was in better overall health.

“This is a great success story,” says Jarvie. “We have shown how investments in wastewater management have yielded important improvement to the ecological health and water quality of the Grand River.”

Improving our waterways will mean tackling all sources of excess nutrients. Jarvie emphasizes that wastewater is only part of the equation. “Agriculture is another very important contributor of nutrients to the Grand River, ultimately to Lake Erie and to other waterways.” 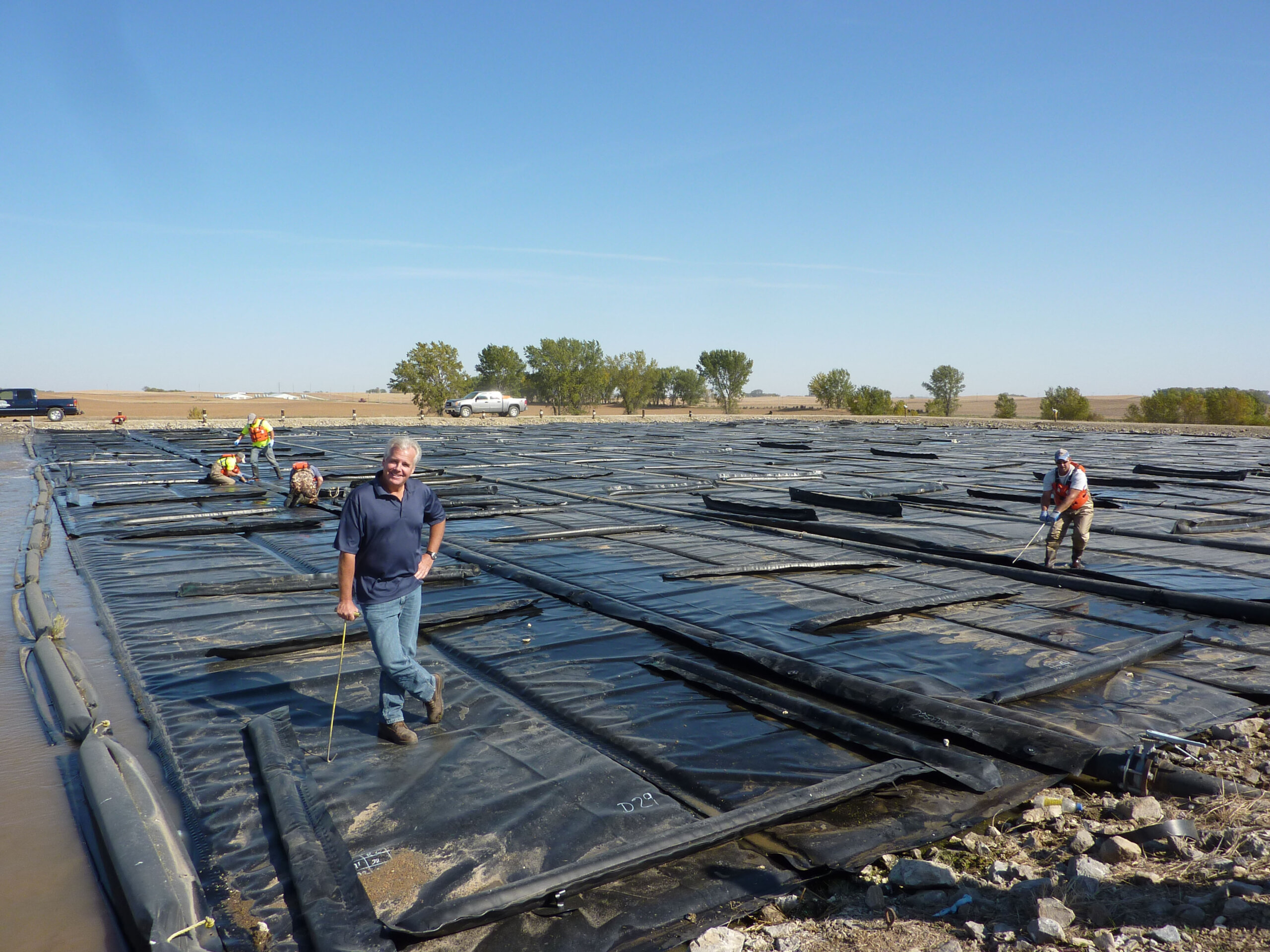 We are happy to help and look forward to hearing from you. Please contact us with any questions or inquiries.